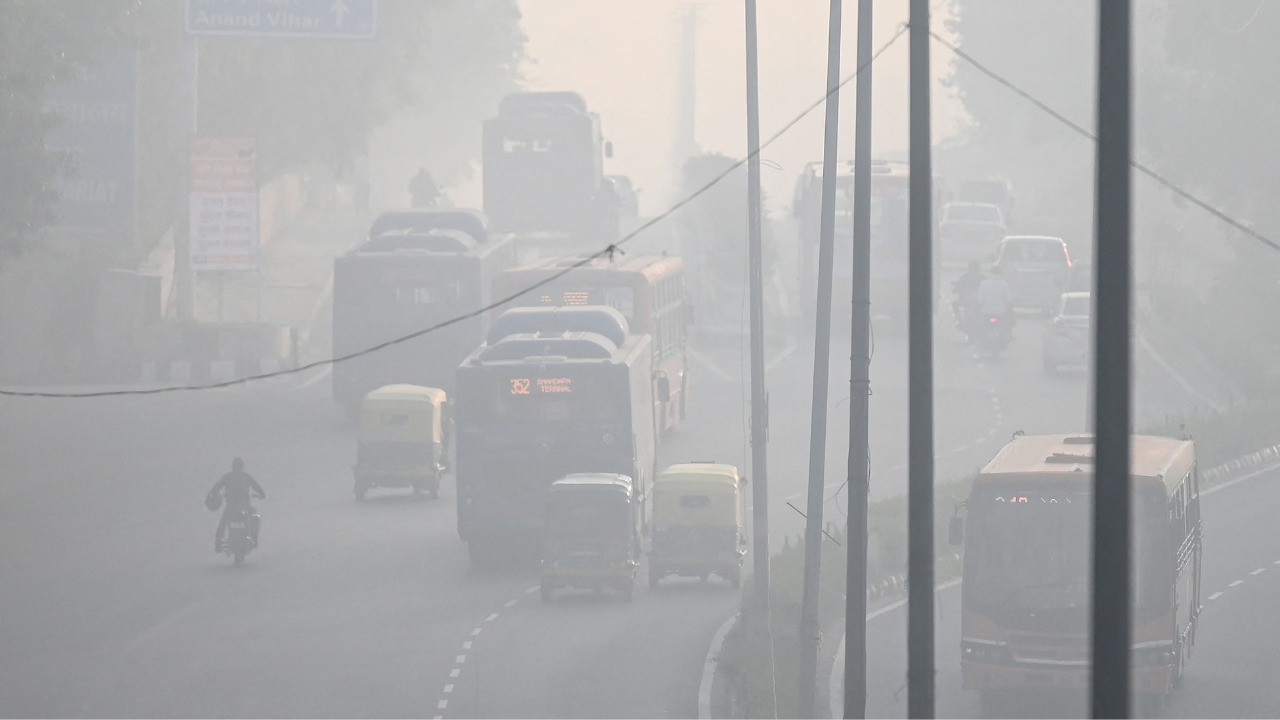 It’s around 11.20 am on a Thursday in October. Like most weekdays the outpatient department (OPD) of Vallabhbhai Patel Chest Institute (VPCI) in Delhi is swarming with patients. While a panel of doctors continues to examine patients at the OPD, the queue outside grows longer.

Waiting for his turn is Sanjeev Negi and his son. The 36-year-old Ola cab driver was there to see the ‘bade doctor’ (senior pulmonologist) after his six-year-old son, Pranjal, was referred there by a local physician in Nehru Vihar area. Pranjal is an asthmatic and things get worse for him in October as the air quality starts deteriorating in the national capital.

“We have been advised by doctors to instal an air purifier at our home or if possible, shift to a city with better air quality.

Negi has to often take leave from work due to his son’s health. He has already spent a major part of his savings on doctor’s fees, tests and medicines. “We live hand to mouth. How can I afford an air purifier? I can’t shift to another city either. I could have gone back to my village in Uttarakhand but how will I earn?” he asks. Negi earns anything between Rs 600 and Rs 900 a day after expenses.

Pollution-related diseases and deaths have led to additional financial burden on the public in the form of medical expenses and loss of earnings. Based on National Health Accounts data, it is estimated that total healthcare cost in India in 2019 was $103.7 billion. With air pollution responsible for 11.5% of the disease burden in 2019, the healthcare cost for air pollution-related diseases would be around $11.9 billion.

The total health expenditure in India is 3.8% of GDP, while the economic loss due to lost output from premature deaths and morbidity attributable to air pollution estimated in this study was 1.36% of GDP.

In 2019 around 1.67 million people died in India from pollution-related illnesses, according to medical journal Lancet.

About five years ago Prashant Dubey of Kanpur lost his father following a month-long hospitalisation due to chronic bronchitis and severe lung infection. His father, 48 years at time of his death, was the sole earning member of the family.

“My father was a carpenter and owned a small shop. Cigarette smoking and air pollution played the deadly combination and aggravated his bronchitis,” says Dubey.

After my father’s death, we were in a deep financial crisis as he was the sole earning member in the family. We had to borrow money for his treatment. My mother had to sell the house to repay the loans. We moved back to our village, 60 km from Kanpur, he says.

“I am asthmatic since birth. My family had to shift back to Jammu as the air quality there was much better than here. But I had to come back because of professional reasons,” says Ankit Matto, a 26-year-old media professional. “My medical expenses go up around this time as I buy lots of syrups and kadha [an Ayurvedic drink].”

“I was forced to buy a heavy-duty air purifier which set me back by Rs 25,000. Besides, every year with the onset of smog season my medical bills almost double. In the last couple of years doctor has had to give me asthma shots when nebulizers didn’t help, says Irene Gupta, another victim of Delhi’s bad air.

Delhi had the highest per-capita economic loss due to air pollution, followed by Haryana in 2019 and it was generally higher in the states with high per capita GDP.

According to the Global Burden of Disease Study 2019, the lost output from premature deaths and morbidity due to air pollution accounted for economic losses of $28.8 billion and $8 billion, respectively, in India in 2019. This total loss of $36·8 billion was 1·36% of India’s gross domestic product (GDP). The economic loss as a proportion of the state GDP ranged from 0·67% to 2·15% between states; it was highest in the low per capita GDP states of Uttar Pradesh, Bihar, Rajasthan, Madhya Pradesh and Chhattisgarh.

Pollution has badly affected industrial growth and expansion. The Central Pollution Control Board refuses to give go-ahead for opening of new industries and expansion of the existing ones if pollution level exceeds at any particular industrial area,” says Rishi Bagla of the Confederation of Indian Industries. The growing financial loss due to air pollution could dent India’s aspiration to become a $5-trillion economy by 2024.

It’s very simple, if a person is not well, it will lead to fall in the productivity due to loss in number of working hours and income thus causing financial loss for the individual and the society ultimately, says senior economist Brinda Jagirdar.

Air pollution also leads to stunted growth among children…just imagine what kind of work force we are preparing? Forget the GDP and economy, think about the field of sports and armed forces,” she says.