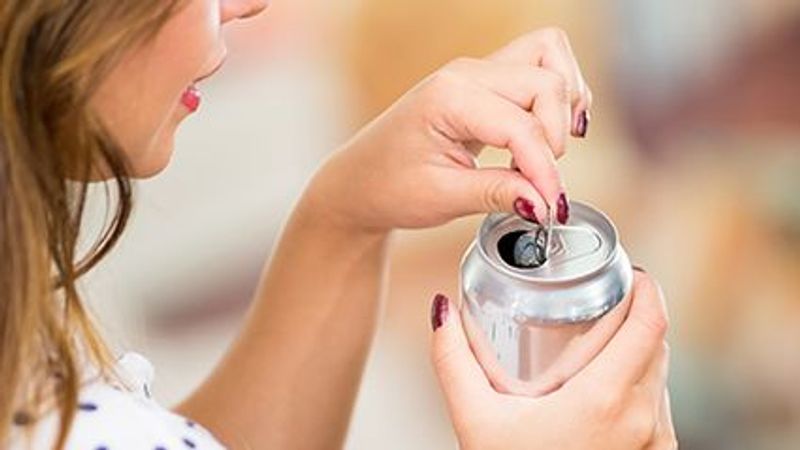 A study of more than 90,000 postmenopausal women found that those who drank at least one sugar-sweetened beverage a day had a 78% higher risk, compared with those who drank fewer than three a month.

“Our findings suggest sugar-sweetened beverages are a potentially modifiable risk factor for liver cancer,” said senior author Dr. Xuehong Zhang, an assistant professor in the Department of Nutrition at the Harvard T. H. Chan School of Public Health in Boston.

“If our findings are confirmed, reducing sugar-sweetened beverage consumption might serve as a public health strategy to reduce liver cancer burden,” he said.

Even though consumption of sugar-sweetened drinks declined steadily in the United States between 2003 and 2018, overall intake remains high. Sixty-five percent of white adults reported consuming at least some sweetened drinks on any given day in 2017-2018, Zhang noted.

The researchers emphasized that this study can’t prove sugary drinks cause liver cancer, only that there appears to be a link between the two.

The findings are slated for presentation Tuesday at an online meeting of the American Society for Nutrition. Findings presented at medical meetings are considered preliminary until published in a peer-reviewed journal.

For the study, Zhang’s team collected data on 90,504 postmenopausal women between 50 and 79 years of age who took part in a landmark study called the Women’s Health Initiative. Participants completed questionnaires in the mid-1990s and were tracked for a median 18 years — meaning half were followed longer, half for less time.

In all, 205 women developed liver cancer during the follow-up.

About 7% of participants reported drinking one or more 12-ounce servings of sugar-sweetened drinks per day, the study found. And those who did so were 78% more likely to develop liver cancer. Women who drank at least one soft drink per day had a 73% higher risk, compared with those who never consumed these beverages or drank fewer than three per month, the study found.

The researchers noted that sugar-sweetened drinks may lead to an increased risk for obesity and type 2 diabetes, which are both risk factors for liver cancer. These drinks also contribute to an impaired response to insulin and to a buildup of fat in the liver. Both are factors in liver health.

Zhang pointed out that the study had limitations.

In addition, this study doesn’t speak to the risk for liver cancer among men or younger people who consume these beverages.

Dr. Arif Kamal, chief patient officer at the American Cancer Society, reacted to the findings, which are the latest in a string of studies examining the health impacts of sugary beverages.

“These data regarding a potential relationship with sugar-sweetened beverages and liver cancer is intriguing,” Kamal said. “Further research is needed to understand whether any cancer relationship is mediated by resultant changes in the liver from obesity or whether this effect is independent of body mass index.”

Samantha Heller, a senior clinical nutritionist at NYU Langone Health in New York City, said it’s hard to tell from the study if the relationship between sugar-sweetened beverages and liver cancer isn’t just one marker of an unhealthy lifestyle.

“The question is: What are the lifestyles of the people who consume at least one 12-ounce sugar-sweetened beverage a day?” she noted. “Is this population more likely to consume less fiber, fewer fruits and vegetables, and more likely to eat more red and processed meat, junk and fast food, and less likely to exercise?”

Also, Heller said, there is a large gap between consuming one or more sugar-sweetened beverages a day, compared with three servings a month.

“All of this said, sodas, fruit drinks, and other sugar-sweetened beverages have no nutritional value, contribute to overweight and obesity and several associated chronic diseases,” Heller said.

“There is no reason to be drinking them other than we have become used to doing so, and are encouraged to continue drinking them by media and advertising campaigns,” she said.

Water, seltzer, teas, herbal teas and even a splash of 100% fruit juice with water or seltzer are healthier choices, Heller said.

Learn more about liver cancer from the American Cancer Society.