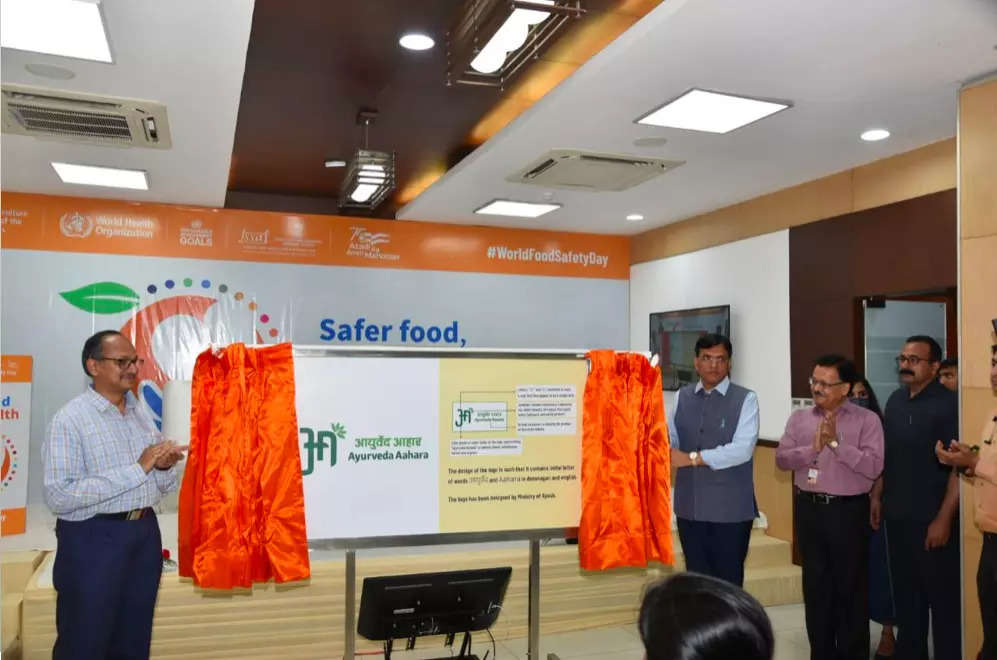 New Delhi: In an effort to galvanise States/UTs to work towards ensuring safe food for citizens, Dr Mansukh Mandaviya, Union Minister for Health and Family Welfare released Food Safety and Standards Authority of India (FSSAI)’s 4th State Food Safety Index (SFSI) to measure the performance of States across five parameters of food safety. SFSI was started from 2018-19 with the aim of creating a competitive and positive change in the food safety ecosystem in the country. The index will help in providing safe and nutritious food to our citizens.

Speaking on the occasion of World Food Safety Day, Dr Mandaviya thanked all the stakeholdersand said that such awards help in recognising the efforts taken by people. He emphasised that nation and nutrition are deeply connected and for a Samruddh Bharat, we need a Swasthya Bharat and for a Swasthya Bharat, we need Swasthya Nagrik. He highlighted that in the last few years, healthcare has also seen a holistic development in the country.

He praised the crucial role FSSAI plays in ensuring healthy and nutritious food to the citizens of our country. “It is important to note that states have an important role in ensuring food safety and healthy food practices. It is the need of the hour that we come together to ensure a healthy nation”, he further noted.

The Union Health Minister felicitated the winning State/UTs based on the ranking for the year 2021-22 for their impressive performance across parameters. This year, among the larger states, Tamil Nadu was the top ranking state, followed by Gujarat and Maharashtra. Among the smaller states, Goa stood first followed by Manipur and Sikkim. Among UTs, Jammu & Kashmir, Delhi and Chandigarh secured first, second and third ranks. Dr Mandaviya also felicitated states which showed significant improvement in the State Food Safety Index.

To motivate Smart Cities to develop and execute a plan that supports a healthy, safe and sustainable food environment through adoption of various Eat Right India initiatives, the Health Minister also felicitated 11 winning smart cities of the EatSmart Cities Challenge, launched by FSSAI last year in association with the Smart Cities Mission under the aegis of Ministry of Housing and Urban Affairs (MoHUA). He also felicitated winners of the Eat Right Research Challenge for Cities and Districts and Eat Right Research Awards and Grants.

Dr Mandaviya further launched various innovative initiatives by FSSAI including the Eat Right Research Awards and Grants – Phase II. Eat Right Creativity Challenge – Phase III, a competition at the school level and logo for AyurvedaAahar which contains the initials of Ayurveda and Ahara with 5 leaves symbolising five elements of nature. This logo would be beneficial in creating a unique identity, easy identification and proven benefits to improve health and wellbeing.

Encouraging the participants and congratulating them on the occasion of World Food Safety Day, Rajesh Bhushan, Union Health Secretary, said that to prevent burden from food borne diseases and to ensure food safety, a multifaceted and multi stakeholder approach involving industries, government machinery, regulators etc is required and awareness must be created at each level of the society. Arun Singhal, Chief Executive Officer (CEO), FSSAI said that food testing paradigm in the country is being improved in mission mode and Memorandum of Understanding (MoUs) have been signed with States/UTs, to carefully see the food safety implementation in their respective areas.

Rajeev Kumar Jain, Executive Director and other dignitaries from the Ministry of Health and Family Welfare; Senior officials from the State Food Safety Departments and Municipal Corporations/ Smart City Offices; Professionals in food and nutrition, Development agencies, food businesses and other stakeholders were also present at the event.