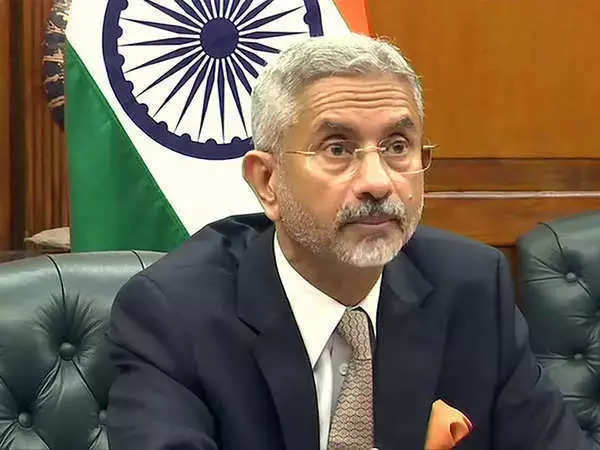 External Affairs Minister S Jaishankar on Friday said India has shown by a combination of digital tools and greater production capacity that it is possible for a country which has a per capita income of less than USD 2,000 to actually reach out in a very massive way in public health as it has set up thousands of COVID-19 treatment centres as part of healthcare transformation.

Jaishankar, speaking here during the Bloomberg New Economy Forum on the issue of Great Power Competition: The Emerging World Order, said that India’s health infrastructure has grown up in response to the COVID-19 pandemic.

Asked by moderator Ian Bremmer, Founder and President, Eurasia Group and GZERO Media “what have you learned about the geo-political order from India’s experience in COVID-19 pandemic,” the minister said that biggest lesson from that would be that “we should have done a better job building over many, many years, building our own capacities and in a sense we’re now under Prime Minister (Narendra) Modi, we have a programme which physically translates into self-reliant India”.

Jaishankar said that at the time when COVID-19 hit India, it had just two companies which were assembling ventilators, there was no N95 mask producer and there was very little medical equipment.

“What has happened is during that period, we’ve scaled up enormously… the health infrastructure has grown up in response to COVID-19,” he said.

The minister said that India has set up thousands of COVID-19 treatment centres amidst a deadly spike in cases earlier this year.

“We had a transformation on the health sector and we have shown by a combination of digital tools and greater production capacity that it is possible for a country which has a per capita income of less than USD 2,000 to actually reach out in a very, very massive way in public health,” Jaishankar said.

“The second positive takeaway for us… if you see why has India become a major vaccine production centre… you have some vaccines, the same vaccine is being produced in multiple countries but the Indian plants have a very high very, very efficient result I think the quality of human resource, the skills are there, the practices, traditions, lot of that has really been brought to bear on the COVID-19 issue.

“If I look, not just at vaccine but if I look at the pharma world as a whole, there was a time when hydroxychloroquine was very much in demand or paracetamol was in demand and we’ve actually had a sort of scaling up of 10X (10 times), even 15-20X (15-20 times) for different medicines,” he said.

He said that it has been a test for India.

“A lot of it was about our own survival, our own responses, it’s interesting one of the initiatives under the QUAD is to jointly produce and distribute a QUAD vaccine which would be an American vaccine made in India and Japan will come in with a lot of financial support and Australia with a lot of logistics support.

“So again for me, it’s both a decentralised globalisation, more resilient reliable supply change, more trust and transparency but also more flexible combinations… it’s is a very good illustration of all of them,” Jaishankar added.

Is My Vaginal Discharge Normal?

Scientists key in on brain's mechanism for singing, learning