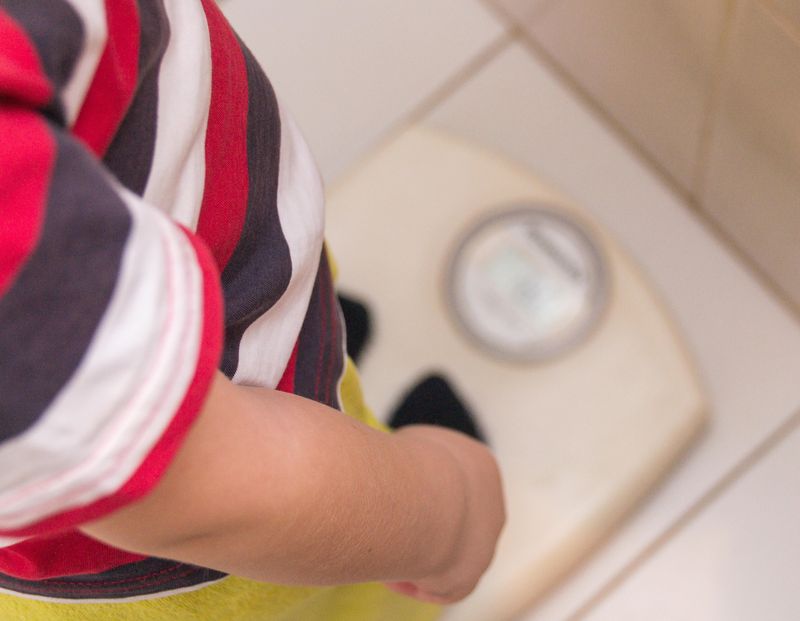 Obesity is a well-known risk factor for type 2 diabetes. Now, a large new study adds to evidence that it also contributes to the much less common type 1 diabetes.

The study, of nearly 1.5 million Israeli teenagers, found that those who were obese were twice as likely to develop type 1 diabetes by young adulthood, versus those in the normal weight range.

Experts said the findings add to evidence that obesity should be considered a risk factor for type 1 diabetes.

“It’s important to have a healthy body mass index for many reasons, and this is yet another one,” said Frank Martin, senior director of research at JDRF, a nonprofit that funds type 1 diabetes research.

Martin, who was not involved in the study, said that past research on obesity and type 1 diabetes has largely focused on children. Now these findings link obesity in the teen years to type 1 diabetes in adulthood.

Diabetes exists in two main forms. Type 2 diabetes is by far the most common. It arises when the body can no longer properly use the hormone insulin, which has the critical job of moving sugars from food into body cells to be used for fuel. Older age and obesity are two of the major risk factors for the disease.

Type 1 diabetes, in contrast, is an autoimmune disease. It stems from an abnormal immune system attack on insulin-producing cells in the pancreas, and many cases are diagnosed in children and teenagers.

Both forms of diabetes cause sugar to build up in the bloodstream, since cells are unable to take it in. But the two are treated differently: People with type 2 diabetes may be able to manage with a healthy diet, exercise and weight loss — though oral medications are often needed, too.

People with type 1 diabetes, on the other hand, need to take synthetic insulin to survive — by daily injections or a pump attached to the body.

It’s not fully clear why obesity would raise the risk of type 1, said Dr. Gilad Twig, the senior researcher on the new study.

But the general belief is that, in some people with a genetic susceptibility to type 1 diabetes, obesity may trigger the development of the disease.

There are different theories on the exact mechanism, according to Twig, of Tel Aviv University in Israel. For example, obesity fuels chronic inflammation in the body, which might contribute to the abnormal immune reaction that marks type 1 diabetes.

Obesity also has other effects — including vitamin D deficiency and alterations in the gut’s bacterial makeup — that could impair immune function, Twig’s team noted.

He said the findings are in line with the general thinking about the causes of type 1 diabetes: There is a genetic vulnerability present, and then one or more environmental exposures spurs the immune system to turn against the body. Martin pointed to viruses as an example: Studies have linked certain viral infections to an increased risk of type 1 diabetes.

These latest findings were published June 5 in the journal Diabetologia, timed with a presentation at the American Diabetes Association’s annual meeting, in New Orleans.

The researchers used data on over 1.4 million Israeli teenagers, aged 16 to 19, who underwent medical exams for military service between 1996 and 2016. During that period, 777 were diagnosed with type 1 diabetes — at an average age of 25.

Twig’s team found a clear pattern. The risk of being diagnosed with the disease rose in tandem with body weight during the teen years: Compared with normal-weight teens, those who were overweight had a 54% greater risk, while those with obesity had double the risk.

The researchers pointed out that nearly 60% of children and teens in the United States will become obese by age 35, most of them by the teen years. With rising levels of obesity, the findings suggest an uptick in type 1 diabetes is to be expected.

The study is not the first to connect obesity to type 1 diabetes. But past studies have been smaller, and largely focused on children, Twig said.

“Our study indicates that in the general population, adolescent obesity is linked to type 1 diabetes, and thereby emphasizes the importance of maintaining a healthy weight through childhood and adolescence,” Twig said.

That’s an important point, Martin said, because while type 1 diabetes does strike kids, about half of cases are diagnosed in adults.

Young people at increased risk of type 1 diabetes may need to be especially careful about maintaining a healthy weight, Twig said. Family history of the disease is a risk factor, though it also strikes people with no such history.

For people with a first-degree relative with type 1 diabetes, the chance of developing the disease is about one in 20, Martin said. That compares with a one in 300 chance in the general population.

JDRF has an overview of type 1 diabetes.