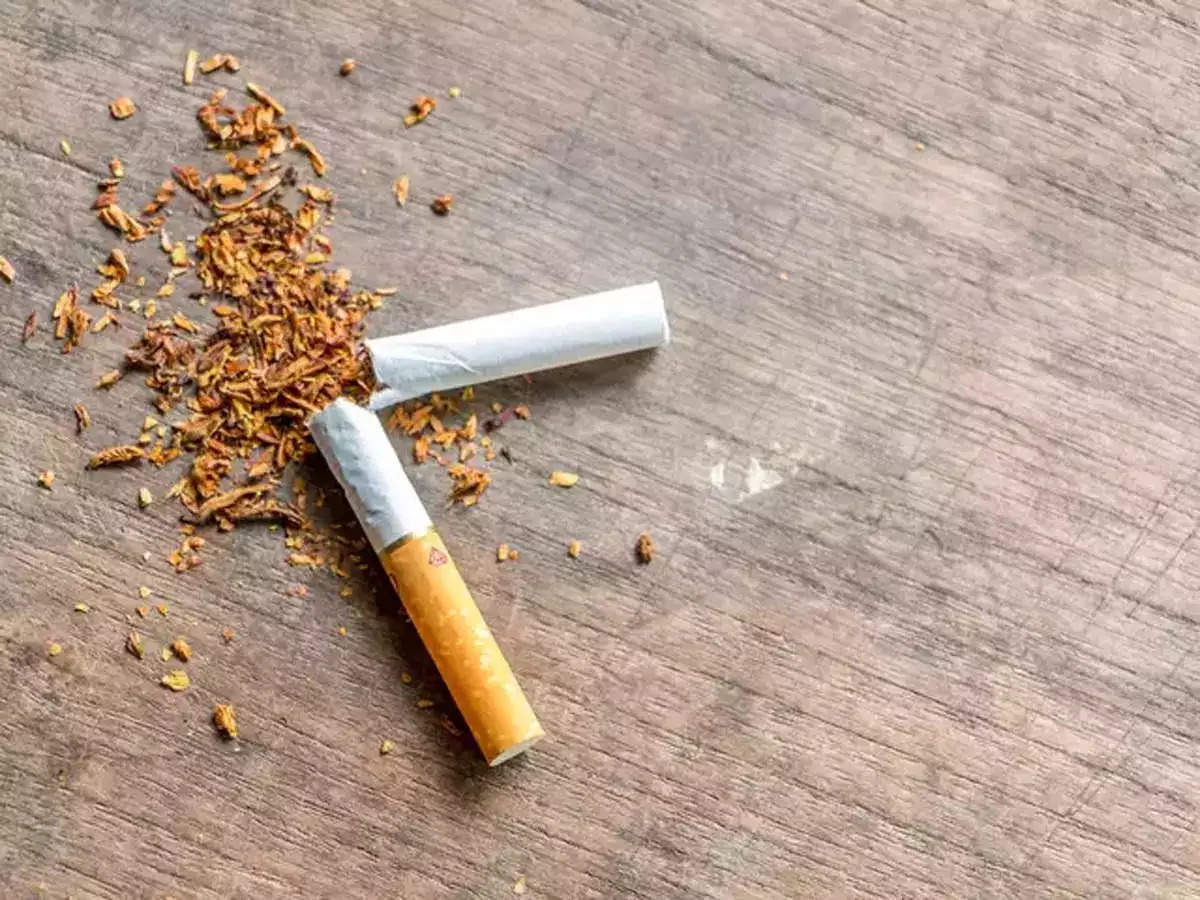 Mumbai: Tobacco consumption is a global public health issue with severe ramifications on health as well as the economy. It is also one of the leading causes of various cancers. In India, it accounts for nearly 1.35 million deaths every year.

The tobacco industry contributed Rs 11,79,498 crore to the Indian economy and employed an estimated 4.57 crore people in 2019 (Assocham 2019 report). The same tobacco industry also poses a threat to public health as nearly 90 per cent of oral cancers in India are attributable to smokeless tobacco use and 27 per cent of all cancers in the country are attributable to tobacco usage. World No Tobacco Day 2022 is observed to raise awareness of the benefits of abstaining from tobacco usage, the economic burden of tobacco consumption and how much of a public health threat tobacco consumption is.

Government role in reducing the health risk of tobacco usage

It is a fact that tobacco and related products contribute to the GDP of the country. It is also true that India loses more than one per cent of its GDP to diseases and early deaths from tobacco use. This should be realised and seen in clarity. As per a WHO report for every Rs 100 received as excise tax from tobacco products in 2016-17, the country incurred Rs 816 of costs through the consumption of tobacco. “ It is not only important for the wellbeing of the people of the country but also for the wellbeing of the economy that the government should take serious steps to curtail the use of tobacco in the country. This must be done at various levels, from policies that discourage tobacco production and sale, to educating the masses on the ill effects of cancer,” said Dr Ishu Gupta, Consultant Medical Oncology, Fortis Hospital, Delhi.

Economic gains from current tobacco use need to be seen in the context of losses, and opportunity costs. Existing tobacco products exact huge human and economic tolls.

“The challenge is in getting past entrenched tobacco industry opposition to change and entrenched and naïve abstinence-only policies by some well-financed anti-tobacco groups. It is particularly challenging when bodies such as the WHO now engage in policies that protect the cigarette business,” shared David J Sweanor, Faculty of Law and Centre for Health Law, Policy and Ethics, University of Ottawa, Canada.

Sweanor added, “It is a matter of politicians, regulators, entrepreneurs and consumers seeing the possibilities and seizing the opportunity.”

The looming threat of passive smoking

Tobacco consumption also has an impact on those who are exposed to second smoke/ passive smoking. Passive smoke is a mixture of sidestream smoke –the smoke from the burning tip of a cigarette or other smoked tobacco products and mainstream smoke–the smoke exhaled by a smoker that is diluted by the surrounding air. Many of the harmful chemicals that are in the smoke inhaled by smokers are also found in secondhand or passive smoke, including some that cause cancer.

Speaking on how passive smoking impacts those who don’t smoke by choice, Dr Prateek Varshney, Director and Unit Head, Fortis Hospital Shalimar Bagh, said, “Research suggests that secondhand smoke may increase the risk of lung cancer, breast cancer, nasal sinus cavity cancer, and nasopharyngeal cancer in adults and also the risk of leukaemia, lymphoma, and brain tumours in children. Even a brief secondhand smoke exposure can damage cells in ways that can set the cancer process in motion. With active smoking, the longer the duration and higher the level of exposure to secondhand smoke, the greater the risk of developing lung cancer.”

Tobacco harm reduction strategy has been defined as ‘minimising harms and decreasing total mortality and morbidity, without eliminating tobacco and nicotine use.’

“Cigarette manufacturers have in the past portrayed that alternative nicotine delivery products (ANDS) like SNUS, e-cigarettes etc are highly effective as a smoking cessation aid. On the contrary, it has been found that there is no consensus or approval to date on any good tobacco harm reduction product. Studies have found that up to 80 per cent of those who have switched over to ANDS as part of harm reduction strategies, eventually bland up with dual use of conventional cigarettes as well. Human studies showed no improvement in lung function after switching from combustible to heated tobacco. Smokers see alternative nicotine delivery products as a viable alternative to the use of evidence-based smoking cessation services and smoking cessation pharmacotherapy. Whereas effective evidence-based smoking cessation medication and services exist and are effective,” said Dr Yash Mathur, Consultant Head and Neck Surgical Oncologist, HCG Cancer Care Centre, Mumbai.

Existing technology allows us to replace existing tobacco products with far less hazardous alternatives. In the case of oral tobacco, the experience of Sweden shows that risks can be almost eliminated. There are also viable non-combustion alternatives to cigarettes, such as vaping and heated tobacco products.

“Sweden shows that tobacco-related deaths can be dramatically lower simply by consumers substituting low-risk products for high-risk ones. We also have non-tobacco consumer nicotine products that can replace cigarettes and smokeless tobacco and virtually eliminate the risks associated with tobacco use,” mentioned Sweanor.

Dr Bornali Dutta, Director – Pulmonary Medicine, Respiratory and Sleep Medicine, Medanta Hospital, Gurugram remarked, “No data indicates that smokeless products help in aid cessation, and it has been observed that dual users (smokers who also use smokeless tobacco) are less likely to quit tobacco than who solely use either cigarettes or smokeless tobacco.”

“From clinicians’ perspective nicotine chewing gums or patches contain a regulated amount of nicotine, it has been used for cessation of smoking or reducing tobacco dependence with variable success. The biggest challenge is the availability/ accessibility of easy-to-use cheaper tobacco products that can be bought over the counter in any nook and corner of cities,” added Dr Dutta.

“The provision of far safer alternatives to existing tobacco products should be a priority for the pharma industry. The expenditures currently made for often-lethal products can migrate to safer pharmaceutical standard consumer nicotine products,” concluded Sweanor.

The healthcare/pharma industry should be pressing governments for the most rapid possible transition away from lethal tobacco products. A single government decision to move to risk-proportionate regulation of nicotine/tobacco products could do more to improve health than a battalion of surgeons trying to save those made ill due to a lack of viable alternatives to the deadly products that currently dominate the market.