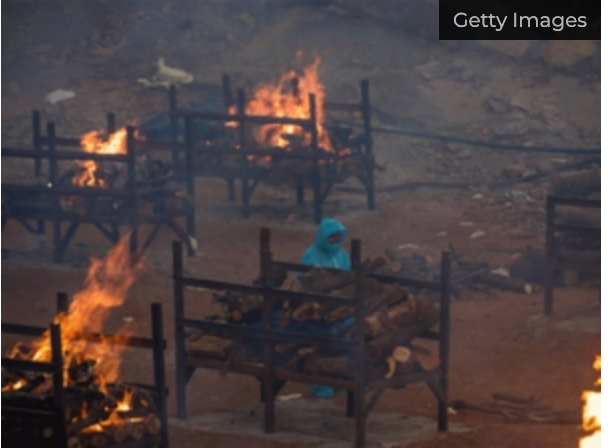 New Delhi: The World Health Organization (WHO) is expected to release its global Covid-19 death toll report on May 5, Jon Wakefield, member of WHO’s technical advisory group responsible for the modelling, told ET. According to a New York Times (NYT) report, WHO claims that India’s Covid death toll is around four million, eight times the country’s official figure.

India has objected to the methodology used for estimating deaths caused by Covid-19 in the country.

In a detailed statement in response to the NYT article titled ‘India is stalling WHO’s efforts to make global Covid death toll public’ dated April 16, the health ministry argued that the same mathematical model cannot be used to calculate Covid-19 mortalities in a large country like India with a big population and in other countries with a smaller population.

Wakefield, who is a professor of biostatistics at Washington State University, however said ministry’s statement on the excess mortality method was “inaccurate”. He did not divulge further details.

Wakefield has tweeted a link to the research paper that gives details on the methodology used by WHO. According to the health ministry, India, along with countries like China, Bangladesh, Iran and Syria have raised specific queries regarding the methodology and use of unofficial sets of data.

“The concern specifically includes on how the statistical model projects estimate for a country of geographical size and population of India and also fits in with other countries which have smaller population,” the ministry had said. “Such one-size-fits-all approach and models which are true for smaller countries like Tunisia may not be applicable to India with a population of 1.3 billion. WHO is yet to share the confidence interval for the present statistical model across various countries,” it said.

The ministry noted that WHO’s statistical model gives two “highly different sets of excess mortality” estimates when using the data from tier I countries and when using “unverified data from 18 Indian states”. It argued that such wide variation in estimates raises concerns about the validity and accuracy of the modelling exercise.
“India has asserted that if the model is accurate and reliable, it should be authenticated by running it for all tier-I countries and if the result of such exercise may be shared with all member states,” the ministry stated. This isn’t the first time that the government has objected to studies that have estimated the scale of the toll in the country due to Covid-19.

The country had also questioned a Lancet report last month that said India accounted for around over 20% of the global excess deaths of December 31, 2021.

How Do You Fix Erectile Dysfunction at 50?

1 in 5 Adult Covid Survivors in the U.S. May Develop Long Covid, Says CDC